info@mirius.com
Home < News < Mirius Join Britain’s Best Manufacturers to be Made In Britain

Mirius Join Britain’s Best Manufacturers to be Made In Britain

Mirius Proudly Made in Britain Since 1963

We’re delighted to announce Mirius is part of Made In Britain, a not-for-profit organisation that brings together the best of British manufacturers to champion skills, innovation and craftsmanship.

Made In Britain brings together the British manufacturing community and under its iconic mark assures that products made by its members are of high quality, representing value for money, are safe for anyone that uses or consumes them and that the companies that make them adhere to the highest business standards.

Darren Langdon Joint MD at Mirius: “Mirius have been manufacturing cleaning products for over 50 years, and in that time we have established ourselves as a leading manufacturer both at home and internationally. For our brands and products to now be associated with the globally recognised Made In Britain mark we look forward to further recognition within our business sector.”

Through our membership we join an exclusive set of British companies who are allowed to display the iconic Made In Britain mark and we will be proudly adding this to our products and information. 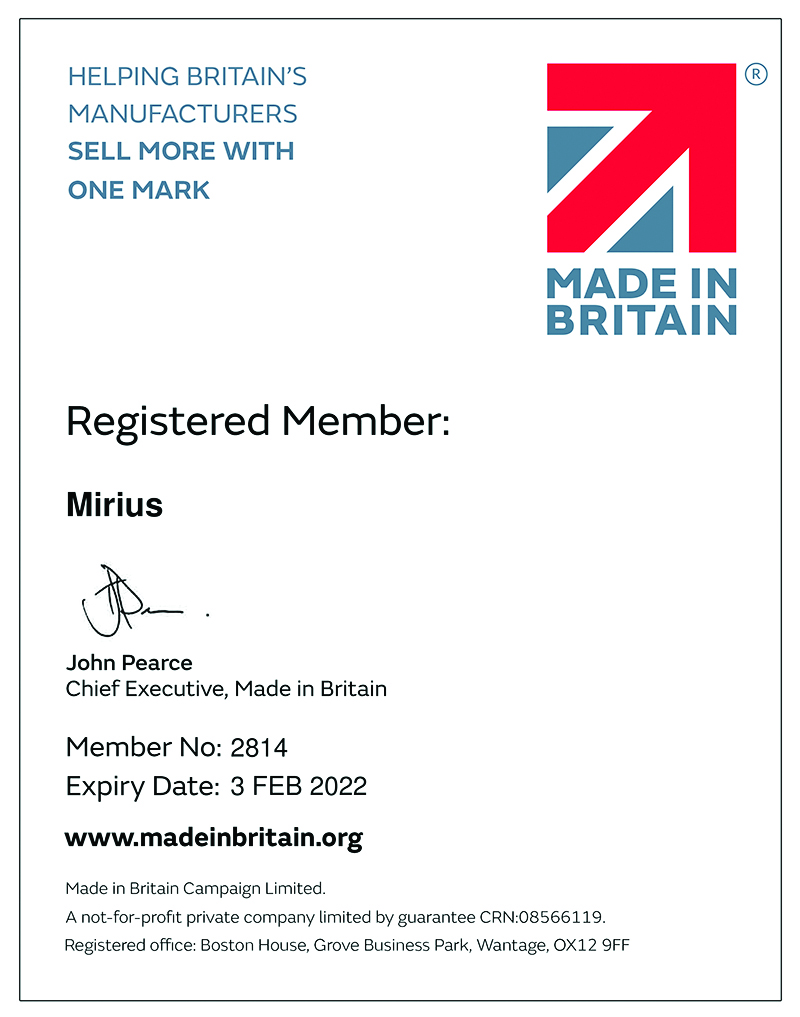